‘A reality altered, is faith being built in the gymnasium of obscurity’

Life is random; things happen throwing us in a boxing ring where we wrestle with our faith. We never truly know who we are until something drastic happens paralyzing us on our tracks. By that I mean, a tragedy can hit making us question the very core of our being and where we stand with Christ. Over the years in my walk with God, though am still maturing in faith. One thing I have learnt in certainty is When God wants your attention, He will get it. Where Christ wants to reveal himself…He will show up in the most unexpected circumstance which are very unrelated, untimely and unplanned. A few Sundays back, I woke as usual to prepare to go to church. Checked my phone and I could see I had ample time on my hands. While in the bathroom, ‘my thoughts wandered’ to Pharaoh of Egypt verses God who identifies himself as ‘I AM’. My meditation moment struck Exodus 11-12, which ended with God’s angel killing the firstborns of Egyptian both man and animals. This was the 10th plague that softened pharaohs heart a demonstration of power on God’s part to show a prideful heart that challenges Him in a ‘win or die situation’. I remember a voice assuring me how relentless God can be/was on delivering his children from bondage to an extent that other children had to die…a symbol of truth in/of the Word. This bared witness as the greatest act of love when he gave up His only son Jesus Christ who dies at the cross, the sacrificial lamb of mankind. Dressed and ready to have breakfast I picked my phone, only to see several missed calls and messages. I felt my heart drop deep as I read one of the messages, my little cousin not so little anymore had taken his own life.

I remember experiencing a level of paralysis where my body was numbed by some cold feeling that left a feeling of anguish and despair. I kept thinking and even uttered it loud at some point that “we had failed him”. At that moment as everything sank in, I could feel an extent of guilt. This is because I was once in the same boat; where your mental struggle vs your reality and how you perceive life, both holds a heavy blinded perspective that sees no way out but rather burdensome. I remember reaching this point where you can’t just seem to grasp your way out of it. It’s like you keep falling in a lonely pit of darkness and the little air you have is being pushed out of your lungs. I can also recall the first time I got to learn about his predicaments, I reached out to the closest relative and inquire if he was getting intense help because something had shown me it would be dire next time. Yet, I was too scared to voice my opinions out loud. The week of his demise, he had flashed in my mind to inquire if he was okay. This was my favourite cousin as a baby/toddler. I would even trade my Sunday morning breakfast especially the sausages or the eggs with my eldest brother just to carry him by myself the whole time in church. He was this adorable dark baby with a big hoarse voice, when he cried those of us on the church balcony would know Sammy was having a moment.

One time we had gathered to celebrate his first birthday, he was walking around the dining table opening his mouth to be fed by every guest. Well, my eldest brother in his all wisdom of pranks decided to feed him a spoon of rice mixed with hot pepper sauce. The baby boy could breath, he did not cry though but just opened his mouth to motion something was not right. We gave him orange soda, which he downed almost half a glass then thought it was funny and went back straight to my brother to feed him again the same food. I remember during the sleepovers, his love for cabbage and ugali as a toddler would amaze me. Fast forward as life would have it, we all went different paths due to family dynamics that was beyond us. They say when two bulls fight the grass suffers, well the last time I saw him physically after years of no contact, before me was a tall young man in suit walking out of church. One thing I noted is as he was walking towards me was that he was slouched, as if trying to conceal his height even though it made him stand out already. I was happy see to him including his brothers nonetheless, the pleasantries were very short and precise. At that very time it felt like we were more like long lost neighbours than immediate cousins. Next time I saw him was through a video call where he said his regards an immediately disappeared in the background.  In his Eulogy I could tell that he was a neat person something he must have picked from his father, with culinary skills a trait visible in the clan. Another thing that stood out was his love for music and that explains why he wanted to start a band. I remember him posting it on social media where he advertised the positions available and I thought at last! we were going to have a serious band owner in the family. Maybe you would have minister through music, granted that it’s a gift from God. What would have been the chances that your band would have spiritually echoed to a world so lost like David sang Psalm 40:3 He put a new song in my mouth’. You had a desire and instrumental gift bestowed upon you, granted the opportunity we would have witnessed the evidence of God image in us through your music.

Nevertheless, as God would permit it. A sensitive heart with a misunderstood mind can easily become a wandering soul and a broken spirit trapped in a desert of humanity. The further along we go, the lonelier it gets. What God taught me in this season of misfortune; was that the author of our being, creator and sustainer of life has the privilege to take this life which is not our right but bestowed on us through His mercy and Grace. Hence, the peculiarities of tragedies in our lives is the evidence of God in pursuit of man. He allows it in order to awaken our souls or make us aware of who are in Him. To bring us on our knees so He alone can meet us at that very point of our need. Lest we forget! It’s never about us, but for the Glory of Christ taking its rightful position to fill the very place the enemy thinks he has left empty. May that sitting space you left empty in the dining table in your home, be the very position that Christ fills and partakes in the family meals. As for the gap left hollow during family prayers according to His promise in John 14:16, may it be filled by the Helper/comforter/counselor who saturates our souls and abides in us forever. You remain in my heart forever as a tested soul that endured it’s time. As we remember the God who took the firstborn sons gave up his own firstborn Son.

Ps: The message on your last picture on WhatsApp a fresco painting by Michelangelo c.1508-1512 on Creation of Adam but then again one thing stood out, you choose close up of the hands. Where Adam’s hand on the left is a little limp and his index finger could be extended more. While, God, on the right, cannot reach out anymore, as his index finger is fully extended. Metaphorically all Adam has to do, is to lift a finger, and he will make the connection with his Creator.

Jesus straightened up and said to her, “Woman, where are they? Has no one condemned you?” She said, “No one, sir.” And Jesus said, “Neither do I condemn you. Go your way, and from now on do not sin again.”

She from River Nzoia

Daughter of a King, I am a princess set apart and chosen for a His specific purpose (Deut 14:2). A disciple of Christ, Motivational Speaker on what it means to be a modern day Ruth. A wife, a writer and diplomat by profession. View all posts by She from River Nzoia 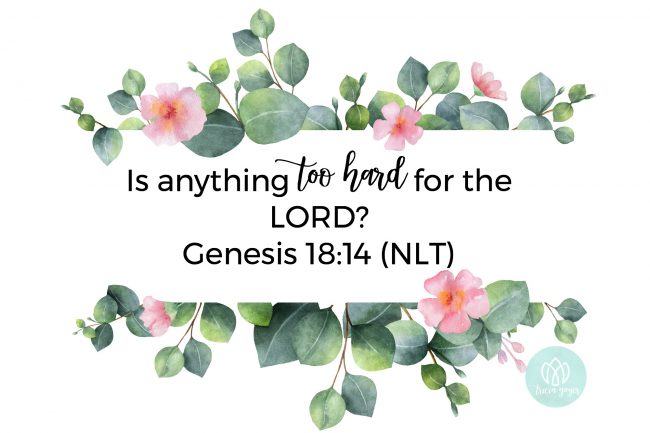